Here is my selection of the best albums of last year.
Some are obvious choices, maybe most of them are, but I still hope you will find something new! I do not pretend to cover all genres…
I have included some songs from these albums in my Locks of Love playlist, available for you to download. 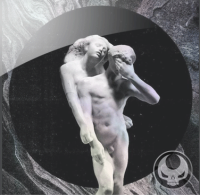 The canadian’s band return to sonic business cannot disappoint… I will likely please your indie tastebuds, and have you shake your bum at the same time. This band has the capacity to take you and immerse you into their sound, maybe because it is so “panoramic”.

Another haven of good music over their various albums, Daft Punk has once more created a truly unique piece of work, pioneering a return to more analog creativity and sound, though still orchestrating them with electronic precision. Although I did not like the album at first listening, it did grow on me rapidly, and now I understand why. It is just too well made.

The first guitar riffs of the first song set the (furious) pace for the entire album to follow. A newcomer to mainstream rock audience, Thee Oh Sees deserves full attention with its furiously weird garage rock. With lyrics a bit on the dark side, it is simply great to find from time to time, a few moments of ethereal serenity set by voices chorus that seem to fly over fragile melodies. Soon enough though, brutal riffs and heavy drumming come back to exude primal energy. Unpolished precious stones of a record like this one, dont get dug out so often these days. 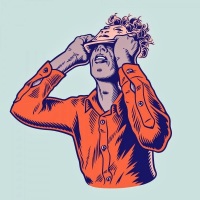 Modeselektor + Apparat = the best of german engineering. Modeselektor’s beats, allied to Apparat’s electronic onirism creates a near-perfect electro/hiphop  indie record. It’s both groovy and highly poetic. Really love that one, at anytime of the day. 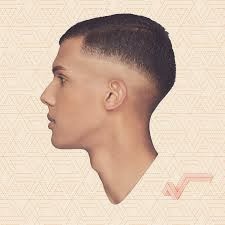 Much talked about in Belgium and France, Stromae (i.e. maestro in verlan, france’s syllable inversion slang) embodies the probable future of mainstream pop songs ‘a la francaise’ (although in all truth, he is belgian). A record where influences are elegantly blending, from french rap to african rumba and traditional french chanson ‘melodies’. His witty phrase is delightful to dwelve into. Add to this a real sense of show, dancefloor killer hits, and arty low-budget video clips, and you understand why Stromae deserves the hype.

I find the minimal, crepuscular atmosphere of James Blake’s Overgrown absolutely captivating. It’s like a soundtrack designed for a nostalgic spiritual train journey on a rainy day in a beautifully gloomy countryside. Track after track, this album manages to capture the best of last years’ electronica arrangements and pair it with a Blake’s beautiful voice. Not an easy thing to do, and to my knowledge, no man has done it so well since Thom Yorke.

If there is one thing that the agonizing MySpace social network did and did well, is that it propulsed Arctic Monkeys to the front of the music scene, and very deservedly so. The apes’ 5th album is simply a great rock album, one that you will probably still love to listen to 15 years from now, and you probably won’t need to hear it twice to reach this conclusion. Absolutely great. 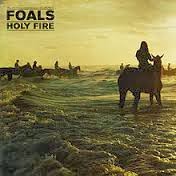 Ah, Foals.
What can I say about this band? Love them. They deserve love. In fact their work is all about love: the broken ones, the joyful friendly ones, the raging ones. With this new LP, Foals has reached a new dimension in my appreciation for them as artists. The dimension in which a band has now defined its identity as a maker of jumpy indie rock songs with a twist, able to deliver beautiful progressive jewels such as “Late Night” ending in eargasmic, ethereal guitar riffs. But this dimension wouldn’t be achieved without re-invention, which I think transpires throughout the whole record. Love them, because they are here to stay.

If you have a feeling for minimal and deep electronic music, well, i strongly recommend you let the logic of the drone govern your listening… This album will take you on a journey that does not need your active hearing. The kind of music to which I can focus on my work at the same time, and feel like typing at 130 bpm.

A groovy and clever first LP from the young chicagoan, who got known through his free mixtapes posted online. Another gifted child from the freemium generation. What seduced me most was the creativity in its flow, venturing far beyond the average listen-to-my-ballsy-protein-powered-voice-bitch and the relaxed, varied instrumentals used. A really pleasant record to listen to, from start to finish. Chance The Rapper made me do it. 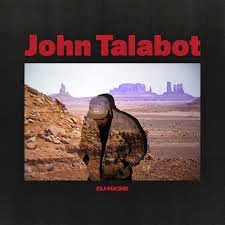 The DJ Kicks compilation series keep on delivering, issue after issue, and this mix by spanish DJ producer John Talabot lives up to the hype of his 2012 album “fin”. I loved several songs on this album at the time, and I must say I love both the song selection and the way they are mixed on this K7! record. A deep, eclectic, hypnotic set of tunes.

Also worth mentioning:
Suuns – Images du Futur: a rather well-made ambiant, experimental rock album, with some psychedelia inside.
Disclosure – Settle: A UK dance record that consistently delivers, in the era of no tomorrow hit singles.
A$AP Rocky – Long Live: again, the kind of hip-hop record that is varied enough to listen from start to finish, without getting bored.
Danny Brown – Old : a solid hip-hop record, with no thrills urban beats and mercyless flow.
King Krule – 6 Feet Beneath the Moon: you can be a pale skinny brit redhead in your teens and still affirm your style. A disruptive sum of strange arrangements that make a interesting record.
The Child of Lov – the Child of Lov: a low-fi, laidback album with a funk infused voice, but that voice isn’t too naively happy about everything, which gives a specific cloudy sunset colour to this record.
Kanye West – Yeezus: One must recognize that Kanye pushed the boundaries once more for its instrumental: ultra-saturated basses, outer space bleeps and undergound atmospheres.
Kelela – Cut 4 me: A forward-thinking R&B album, going far beyond the constant “whaling” that usually gives its limitations to the syle.
What do you think of this selection? What are your favourite? Do you have any recommendation?

Please let me know in the comments section below!

You should also check the Most Beautiful Sound In The World, by recordist Marc Anderson a frog in the malaysian rainforest 🙂

Conditionnement de la récolte de romarin #romarin #provence #cuisine
Vivre en Provence. Dans la plus belle des lumières. Avec la plus belle des personnes @lohbb #nofilter #love #light #france
1ere sortie avec la longboard offerte par @lohbb pour Noël! That California feeling...
7:20am, still in bed 9:20am, 37 meters below. Very few cities in the world offer both a quality of life and great conditions for diving. Oh, the place is far from perfect, but living in Marseille gives me the fantastic chance to explore this essential element. A world of its own, very close and yet so alien to us. If you haven't yet, try scuba diving and change your life! Where life appeared, what we are made off, what the future depends on, it's all there... See it, feel it! #marseille #scubadiving #ocean #life #france
Why are F&B outlets still allowed to serve food for eat-in customers in disposable containers? Think about the billions of people producing the same kind of wastage as this very normal lunch of mine on a tradeshow. How much of it will just end in the landfill? We need political wisdom and willpower to stop the massacre, because you can't count on customers and businesses alone to make the change without strong public support. Missing my reusable cup today. #vote #plasticreduction #isthisyours #recycling #sustainability #reality #reuse
Supercombo dive last week with many firsts: 1st dive in France, dive in a lake, dive in less than 25°C water temperature, dive with the awesome @ibubble.camera #subaquatic #drone Can't wait to get back in! #scubadiving #france #plongée